A really interesting article in the Irish Times today about foraging for mushrooms with Louis Smith as the forage leader. Louis has led past Slow Food Galway mushroom hunts;

Wind and rain failed to dampen the spirits at the most recent and one of the most ambitious outings of Slow Food Galway.

On Sunday, 11 September 2011, Slow Food Galway had its annual forage at the Petersburg Outdoor Centre near Clonbur, Co Galway. The event ran between 11am and 5pm and included demonstrations on cooking mushrooms (thanks Maria), making cider vinegar (thanks Ciara), preparing jams and preserves (thanks Barbara) smoking mackerel (thanks Kobi), barbecuing lamb (thanks Richard) making fruit alcohol drinks (thanks Cait) and mushroom gathering (thanks to Lenke and Stan).

One of the highlights of the day was the lamb on the spit and indeed the talk on the rearing of Connemara lamb and how it achieved its European Protected Geographical Indication (PGI) status. For more information check out their website http://www.connemarahilllamb.ie/ - the lamb is available from Joyce’s supermarket in Knocknacarra and Athenry.

Towards the end of the day the group split up into wild fruit foragers, mushroom foragers and the non-foragers who were content to watch the sheep dog demonstration by Joe Joyce from Joyce country sheep dog. Thanks to Roy the border collie and the second border collie whose name escapes me (sorry “Lassie”) for showing the sheep who is boss. Check out their website at:

Big thanks to Padraic who led one walk and Sarah Hughes who led another herbal walk. Dolores also deserves a shout out for devising the scavenger hunt.

A really superb day with an overwhelming array on food and drink on offer with a special mention for the smoked mackerel, spit roasted lamb and clay oven pizza (thanks Geraldina and her team) in no particular order.

Big thank you to Kate, Deirdre, Barbara and all others who organised the day, all who brought along bread, desserts and chutneys and everyone who braved the elements to turn out on the day.

Check out our facebook page for photos from the day

and if anyone has any recipes from the day feel free to post on our facebook page.

See you all at the next event!

Posted by Damian Finan at 15:35 No comments:


Thanks to Mattie for a great Black Pudding tasting and here are the 4 different recipes he made. From my memory Recipe 2 and 4 were the tastiest . Be sure to use lots of seasoning  and herbs

Mix ingredients together and place mixture in cups or sasuage skin.
Place cups in water and cook or steam for 2 hours. 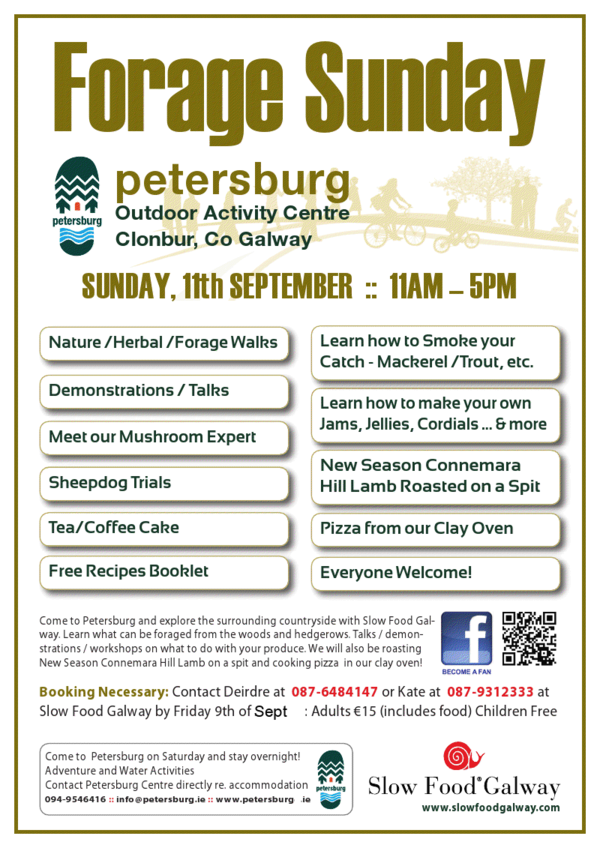 I know a lot of people at the clam bake were look for the recipe for elderflower champagne so here you go with thanks to Barbara.

Elderflower champagne recipe
(adapted from Andy McKee www.farminmypocket.co.uk )
5/6 Elderflower flowerheads. (Christophe@ Clare Island Eco Farm suggests you pick them on a sunny day- when sugar levels in the plant are up). Flowers are not scalded or sterilised. That would kill the wild yeasts.
4.5 L filtered water
2 lemons (unwaxed)
750 g sugar
2 tbsp cider vinegar
Plastic fizzy drink bottles – squeezable- to check for pressure. Also they will not explode so quickly!.
Method:
Pick young flower heads - where the flowers have not yet started to drop petals or turn brown. Use promptly or the aroma will change.
Put 4.5 l water in large lidded saucepan.
Add the elderflowers (shake to get rid of hidden insects !) and the sliced lemons. Put the lid on and leave for 24 – 36 hours. Make sure you submerge them. Do not leave for longer or wild moulds will grow on top.
Strain the liquid through muslin. A fine sieve will do if you don’t mind some petals or pollen sacs in your drink.
Add 750g sugar and 2 tbsp cider vinegar and stir till all the sugar is dissolved.
Pour into plastic bottles. Put tops on to keep fruit flies out but don’t screw them on tight yet. Stand them in a warmish corner (approx 20º is needed for active fermentation. I put them on my heated windowsill seed germinator!) After a few days they will start to fizz.
After one or two weeks the fizzing will slow down. Screw down tops and place bottles in someplace cool. Give them a few days to generate enough gas to carbonate themselves.
Refrigerate before serving over ice and a slice of lemon.
The “champagne” is still live and continuing to ferment so the longer you keep it the more alcoholic it gets. But after 3 months or so it will become too dry for most tastes.
Check occasionally for pressure. If any bottle is unsqueezable release its pressure by loosening top slightly. Let fizzing die down before you tighten top again.

Posted by Damian Finan at 09:49 No comments:

Our August Slow Food event will be held at the home of Mairéad and Mattie O’Domhnaill, Leitir Mucú, Camus, Galway.

We will be having a fish/clam bake in an outdoor underground oven with shellfish, vegetables, roast potatoes and fish. If we’re lucky, we might even have some lobster!

There will also be a herb talk with herbalist and Slow Food Galway member, Sarah Hughes. And Mattie will be giving a demonstration and talk on traditional black pudding making.

Just bring a small! side dish or dessert.

We cheated a bit with the most recent outing of Slow Food Galway and had a slow beer and slow wine event. Josef and Ciara invited us to their home in Furbo to witness and help in the process of making beer, wine and cider.

Initially we did some sampling and started with a home brew Mexican style beer call Cervea which was very refreshing. We then moved on to an elderwood cider and a rustic apple cider. Finally we tasted homemade red and white wine which were both excellent. The beer, wine and elderwood cider were all produced using a similar kit. The kit Josef was using would make approx. 90 litres so might be a good idea for a party.

The group observed the two main processes of beer making during the afternoon. In sterilised containers Josef demonstrated how to prepare the beer mixture (a Canadian Blond) in vats and how to maintain the temperature required using heat pads wrapped around the vats. We then fast forwarded a week using “one Josef had made earlier” to start bottling the beer. The beer will be stored for two weeks before being ready for consumption. Members explained a couple of misadventures in previous beer making attempts highlighting the need to maintain an appropriate temperature when beer making as well as keeping it out of direct sunlight (even suggested that beer could be wrapped in an electric blanket while fermenting – a step too far perhaps). There was general agreement that some of us would have a stab at this at home.

Josef also prepared a white wine and showed how to add an oak flavour to the wine without the need for importing French oak barrels. We also sampled and bottled some elderflower cider.

For inspired brewers, Brian O’Shea from Homebrew West, based in Barna, gave a talk about some of the different kits that they sell. Graciously, they offered a 5% discount on buying anything from Home Brew West to Slow Food Galway members. Check out their website here;

A big thanks again to Ciara and Josef who opened their home (and garden) to us and gave a really interesting demonstration on home brew.

However the event wasn’t t

otally about booze and everyone brought along some tasty dishes to go with the beer. One such creation was mini corn cakes with a coriander and mint salsa and here is the recipe (thanks Carla).

* Heat 2 teaspoons of the oil in a frying pan and fry the onion until soft and golden. Add the garlic and cook for 30 seconds. Take off the heat and place in a bowl. Add the potato, chilli, red pepper, spices, cheese and salt.

* Squeeze out as much liquid from the corn as possible. Puree three-quarters of the corn in a blender and add both this and the whole kernels to the onion/potato mixture.

* Place the gram flour in a dry frying pan and stir fry until the flour turns a shade darker and begins to emit it's distinctive smell, around 2-3 minutes. Mix into the corn mix. Make 8 little patties with the mixture.

* Heat the remaining oil in a large frying pan. Add the corn cakes to the pan and cook over a low heat until the bottoms have turned golden. Turn and cook the other side.

Blend all the ingredients together with 2 tbsps of water to make a smooth puree. Taste and adjust the salt and lemon juice to taste. 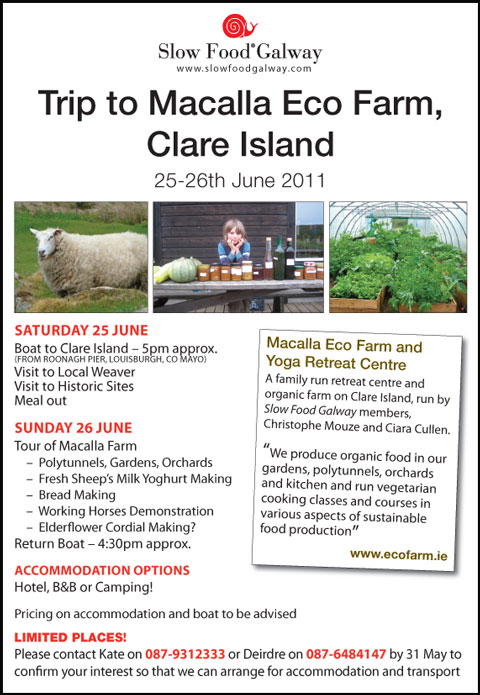 They produce organic food in their gardens, polytunnels, orchards and kitchen and run vegetarian cooking classes and courses in various aspects of sustainable food production. For more information on Macalla Eco Farm go to www.ecofarm.ie

Pricing on accommodation and boat to be advised

Brew Your Own Beer! 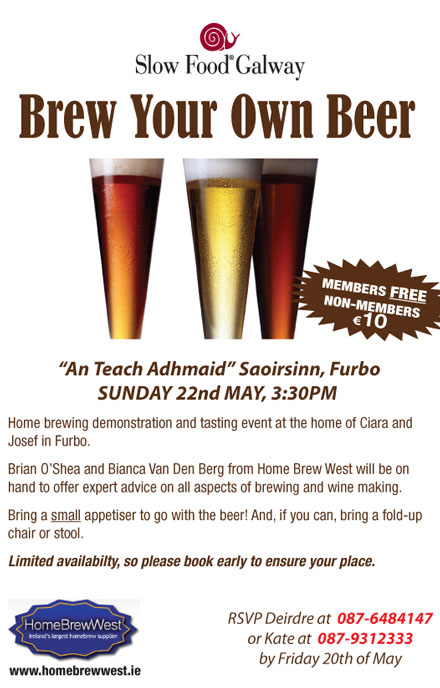 Brew Your Own Beer!

Home brewing demonstration and tasting event at the home of Ciara and Josef in Furbo.

Brian O’Shea and Bianca Van Den Berg from Home Brew West (www.homebrewwest.ie)
will be on hand to offer expert advice on all aspects of brewing and wine making.

Bring a small appetiser to go with the beer! And, if you can, bring a fold-up chair or stool.

Limited availabilty, so please book early to ensure your place. 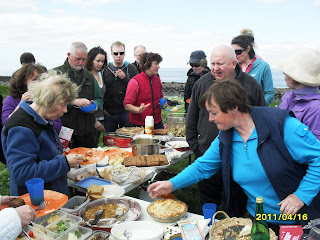 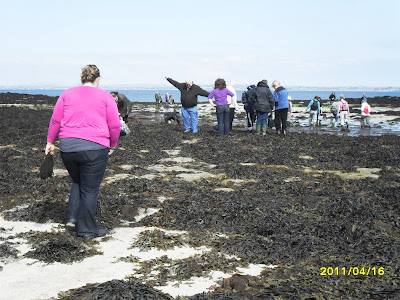 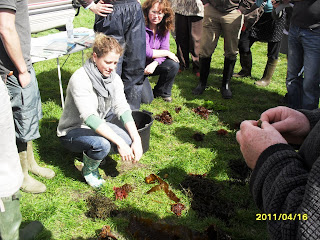 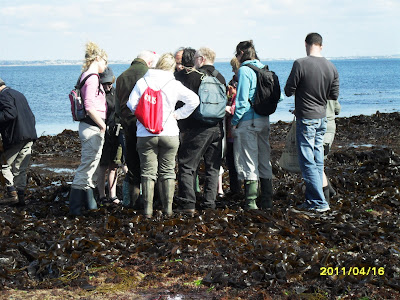 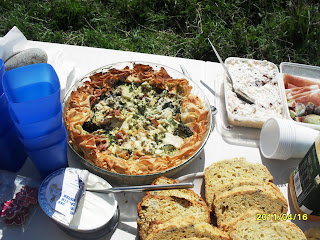 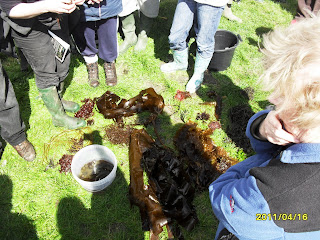 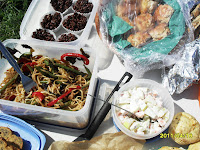 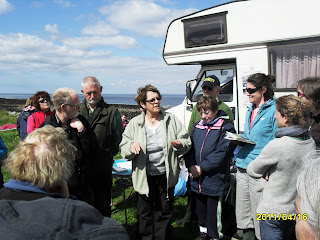 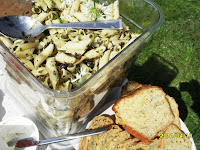 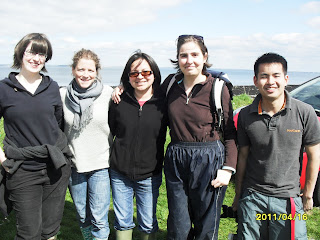 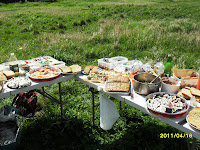 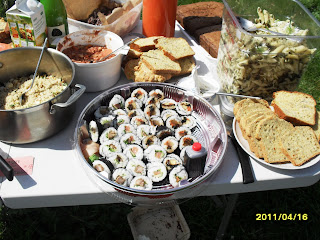 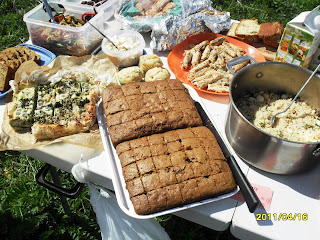 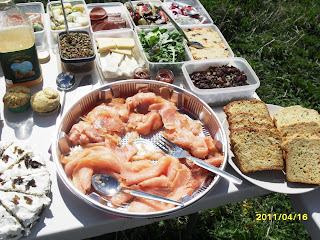 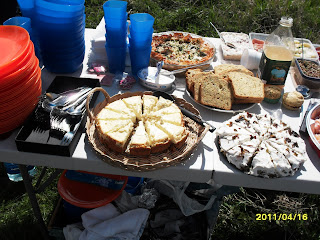 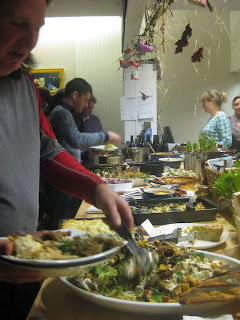 A most convivial evening was had by members and non-members of Slow Food Galway on 21st January 2011 when we had our Slow Food Dinner and Wine Tasting. The evening was spent in cosy and atmospheric environs of Café No 8 in the Galway Museum. The evening was themed on local ingredients. Each member was asked to prepare 1 starter, side-dish or dessert made from an ingredient sourced within a 30 mile radius of Galway City. The evening was not just limited to slow food; slow wine was also on show, with an organic wine tasting organised by Cases Wine Warehouse. Unfortunately, for reasons beyond our control, we had to relax the 30 mile radius rule in respect of the wines. Maybe in time to come, with the progression of Global warming, we will be able to sample some Chateau Tuam.
All the dishes prepared were of exceptional quality and little was leftover at the end of the night. For this blogger some of the standout dishes were Yoshimi’s sushi (local fish), Cait’s turnip bake (who would have thought that turnip could taste so good) Louis’ wild venison dish (still waiting for the recipe for that one Louis), Marie’s chocolate cake and the carrageen dessert.
It was amazing how, in the depths of winter, so much local produce were turned into exquisite local and international dishes with plates having Middle Eastern, French, Italian, Japanese and of course, Irish themes.
A great night was had by all and we are looking forward to our next event. 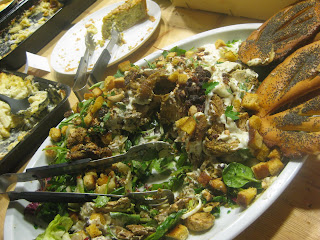 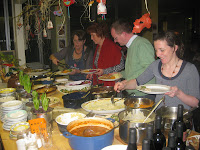 Posted by Damian Finan at 21:55 No comments: