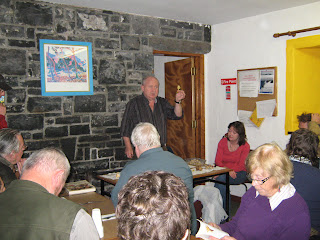 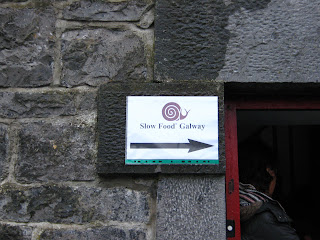 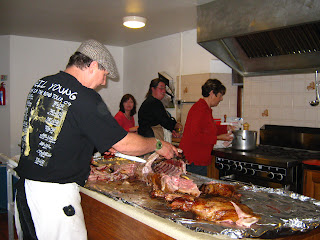 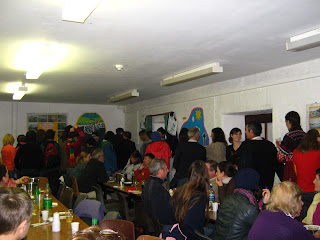 Slow Food Galway’s recent Mushroom Hunt and Connemara Lamb feast was a huge success. Over 100 people congregated at Petersburg Outdoor Education Centre despite the weather to forage around the woods near the .

Soup and bread were served before the group had an introduction to mushrooms by our expert Louis Smith. They then set out from Clonbur village on the recently opened wood walk which extends all the way to Cong. The rain came down in bucket loads but the foragers spent almost two hours searching.

On return to the centre an inspection of the mushrooms gathered was carried out and these were cooked up for everyone to taste. All the hunters were then treated to a feast which included the spit roasted lamb donated by Hugh Musgrave, a hill farmer in Cleggan. 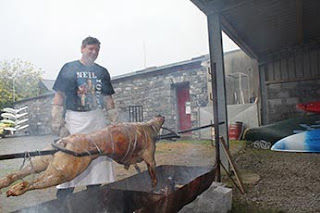 The feast was truly a slow one as the lamb had been cooking for about six hours and the line to get food was long and slow due to the large crowd but everyone agreed it was worth the wait.

All the food was prepared by the Galway Slow Food members some of which come from as far away as and Tullamore. 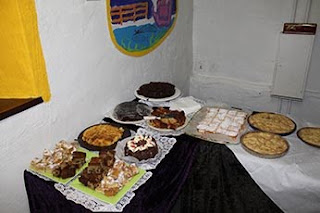 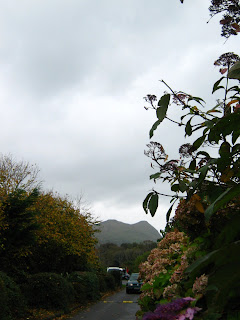 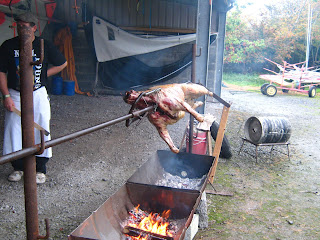 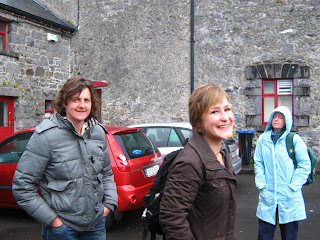 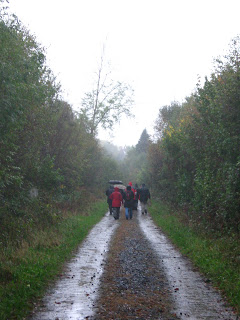